Experience the history of our region by exploring landmarks and landscapes that give you a glimpse into the past while looking at the present. Hop in the car and use the scavenger hunt below to discover a few of the unique historic sites located in your own backyard. The sites below can be visited in any order you would like. We hope you’ll enjoy exploring Oconee County and please do not use your phone while driving.

Keeping the COVID-19 in mind, this scavenger hunt has been designed to be enjoyed from your vehicle. Please practice social distancing at this time. 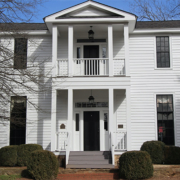 The William Daniel house is one of the oldest remaining houses in Oconee County. Built by William Daniel, this home was put on the National Register of Historic Places in 1995. William Daniel was born in North Carolina in 1743. He fought in the American Revolution as a private in the North Carolina troops making him entitled for 250 acres of bounty land which prompted his move to Georgia. William Daniel died at age 97 in 1840 and is buried at Mars Hill Church cemetery. The Daniel house has been passed down in the family for many years then ownership was passed to several other families. The house was been restored and is not open to the public. 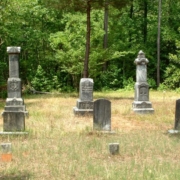 The Watkinsville Cemetery is one of the oldest in Oconee County with graves dating back two centuries. The earliest dated grave is 1811.  It was the site of the first Methodist Church in Watkinsville. The meeting house that once set upon this land burned circa 1830 but the cemetery continued as the city cemetery. Many prominent family names in Oconee County can be found in this cemetery as well as Veteran’s graves from almost every war. 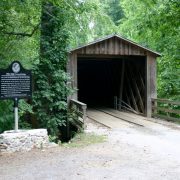 One of only 13 operational covered bridges in the state of Georgia, this bridge was built in 1897 by Nathaniel Richardson. Originally the bridge crossed over Calls Creek on the Athens-Watkinsville Road. In 1924 it was moved to its present location over Rose Creek. This bridge was constructed with the town lattice design and carries traffic without the need of underlying steel beams. 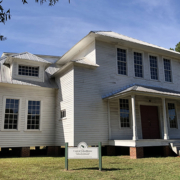 Originally located on Colham Ferry Road, Central Schoolhouse was built circa 1913.  Central School consolidated two other area schools, Melvin and Liberty, into one more central location, thus the name. Central School served area children from 1913 to 1940. After the closure of the school the building was used as a community center for the residents. In 2006, the schoolhouse was moved to Heritage Park in an effort to preserve the structure and its history. 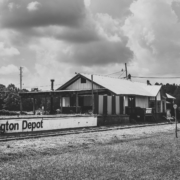 The land in the area was purchased circa 1893 for the coming railroad and the depot was built around this time frame. It is the last remaining depot on the line north of Madison. The line was used primarily to ship agricultural products such as seed, feed, fertilizer, cotton and cotton seed oil. Later the line also carried passengers along the route. By 1969, the depot was closed and used mostly for storage. It was revived and used through the years by a variety of different business and today it houses Farmington Depot Antiques & more.

Fans of Historic Rural Churches of Georgia and of long forgotten ghost towns will not want to miss this spot. The town of Salem was originally incorporated in 1818 although people had been streaming into this area for years following the American Revolution. Salem residents made their living almost exclusively on agriculture with cotton being the dominate crop. In 1837, Salem was reported to have 3 offices, 7 shops and 2 stores.   Stagecoaches coming up from Madison would stop in Salem at the 2 hotels and several boarding houses to feed and rest the horses before continuing on to Watkinsville to the Eagle Tavern. The Salem Academy also flourished here before the Civil War. As a boarding school for both boys and girls the academy was noted as providing an excellent education for these youth.

Today all that remains of this one thriving town is the Salem Methodist church found in 1820 shortly after the town itself. When Salem was bypassed by the railroad the gradual demise began and the end came with the invasion of the boll weevil. The church is about the only proof left that at one time this was a thriving location. 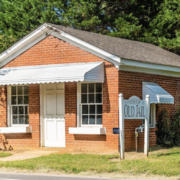 In earlier days, this small crossroads community located just south of Watkinsville was known as Greenwood. The railroad was a boom to the town giving way to shops, hotels, and other commercial establishments. The town name was changed to honor local politician and landowner, W.H. Bishop who is said to have persuaded the railroad to build the route through the community. The town thrived for many years under King Cotton but with the boll weevil and Great Depression Bishop saw a decline.  There are many historic sites in Bishop. Old homes grace the main road through Bishop as well as older churches, commercial buildings, the town well and old jail.

Where the Locals Go 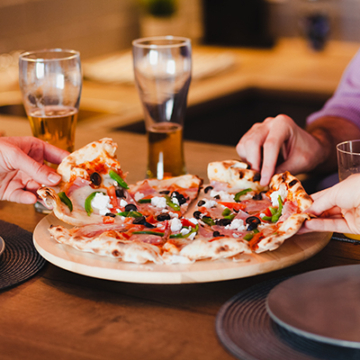 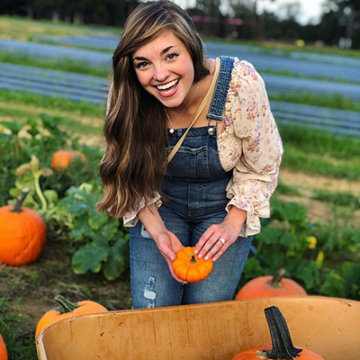 Your Fall Bucket List for Oconee County
Scroll to top